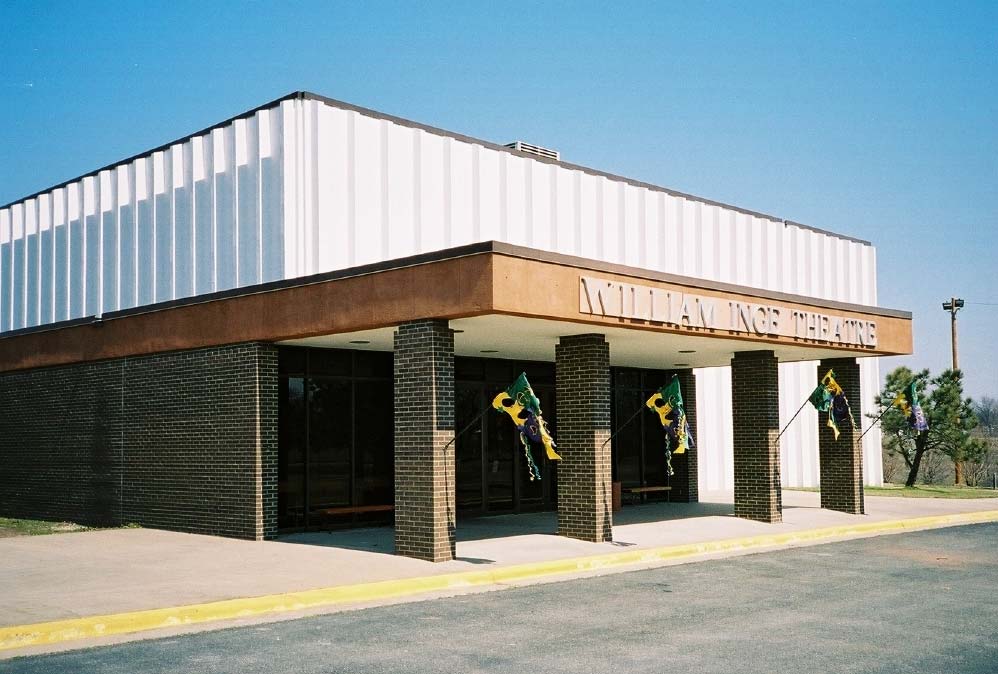 Since its inception, the William Inge Theatre Festival, has brought to Independence, Kansas, some of the world’s most prestigious playwrights. Arthur Miller, Wendy Wasserstein, August Wilson, Neil Simon, Paula Vogel, and Stephen Sondheim are some of those who have traveled to Independence to accept the Festival’s Distinguished Achievement in American Theatre Award. The Inge Festival honors also bestows the Otis Guernsey New Voices in Playwriting award, which recognizes a peer-nominated emerging playwright, the Margaret Goheen Award, for outstanding contributions to theater in Independence and surrounding area (named after the founder of the Festival), and the Jerome Lawrence Award for contributions to the Inge Festival and the national theatre by a non-playwright.

Year-round programs include the professional Playwrights-in-Residence program. Working playwrights come to live in William Inge’s historic family home and are provided time and development resources to work on new projects. In order to support these artists, the Inge Center produces a week-long new play development process. The Inge Center invites to Independence directors, actors, and other support artists to rehearse the scripts, providing feedback as the playwright revised during the week. The process concludes with a public presentation of a script-in-progress.

Since 2002 these resident playwrights have taught in the William Inge Center’s Playwrights-in-the-Schools program, in partnership with area rural schools. The resident playwright instructors teach playwriting, serve as mentors, and help students with their narrative writing skills, giving the students tools to express themselves and an outlet for describing what they see and experience in the world around them. This event brings together students from various high schools in the region An additional annual event is the 24 Hour Plays, in partnership with the 24 Hour Company in New York City. This event brings together drama students from various high schools in the region to work together and create new plays in a creatively intensive weekend.

The Inge Center also conducts periodic arts events. One of these is Visiting Guest Artists, who provide instruction and share expertise in presentations to school audiences and the general public. Additional programs have included professional development for school teachers, through the Lincoln Center Institute for the Arts in Education Aesthetic Education visiting artists, and partnerships with college theater students through the Kennedy Center American College Theatre Festivals.

Independence Community College is also home of the William Inge Collection, comprising his William Inge’s manuscripts and personal items. It is located in the campus Library and is open to the public. Its archives are available to students and scholars by advance inquiry. The Inge Collection houses a number of his scripts: many are the original scripts, with his notations; and there are also a number of scripts that are as yet unpublished.EditAbout