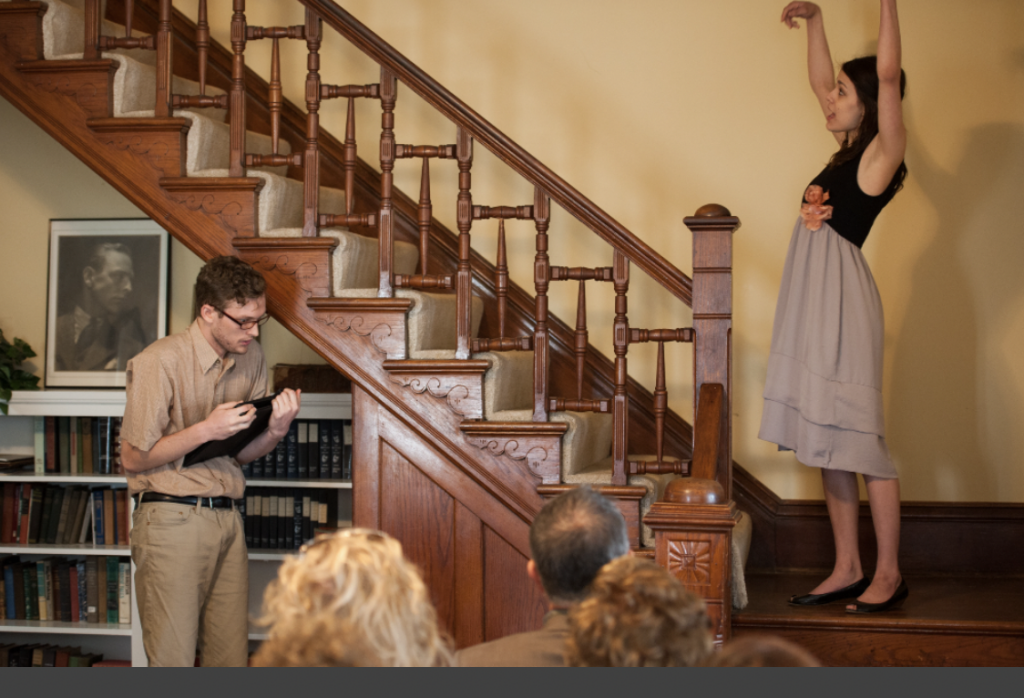 Winning scenes from the acting competition will be featured at William Inge’s boyhood home during the William Inge Theater Festival, Friday, April 22nd, 2022

This is an amazing opportunity for students to demonstrate their talent and participate in the Official State Theatre Festival of Kansas. Students compete for scholarship awards and the opportunity to be a performer at the 39th annual William Inge Theater Festival Honoring Lynn Nottage, April 21-23, 2022, in Independence, Kansas.

The Winning Scenes from the Acting Competition will perform at the Inge House on the afternoon of Friday, April 22nd, 2022.

ACTORS IN THE FOUR SELECTED SCENES MUST BE AVAILABLE TO PERFORM on Friday, April 22nd. The four selected scenes will be announced on Wednesday, April 20th.

Cash Award Scholarships will be dispersed April 22nd during the Inge Festival:

Criteria and Format of Scenes: