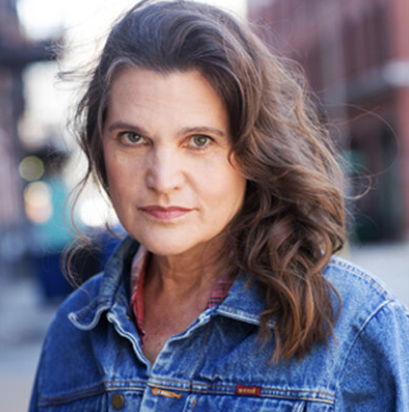 Amy Loui (she/her) is so happy to be joining the remarkable talent creating this notable season at The Black Rep as Tracey in SWEAT by Lynn Nottage. Amy was last seen by Black Rep audiences in the world premiere of Canfield Drive, in which she played 14 characters. Her last production, before the pandemic shut down theaters across the globe, was My Name Is Asher Lev at New Jewish Theatre. Another recent role was Menna in the acclaimed US premiere of Salt, Root & Roe at Stages Rep in Houston, originating with Upstream Theater in St. Louis. Amy has enjoyed multiple roles with The Black Rep, The Repertory Theater of St. Louis, New Jewish Theatre, Upstream Theater, Mustard Seed Theatre, St. Louis Actors’ Studio, Insight Theatre, Imaginary Theatre Company, The Tennessee Williams Festival, and others. She has been nominated for multiple STL Theater Circle Awards and was awarded Outstanding Actress in a Drama for her work in the one-woman show The Amish Project at Mustard Seed Theatre. She stands with her family of theater artists & technicians who have been so deeply affected by the shutdowns and is grateful we can all return to the essential task of telling our collective stories for all. Missing you, M&D. True story.