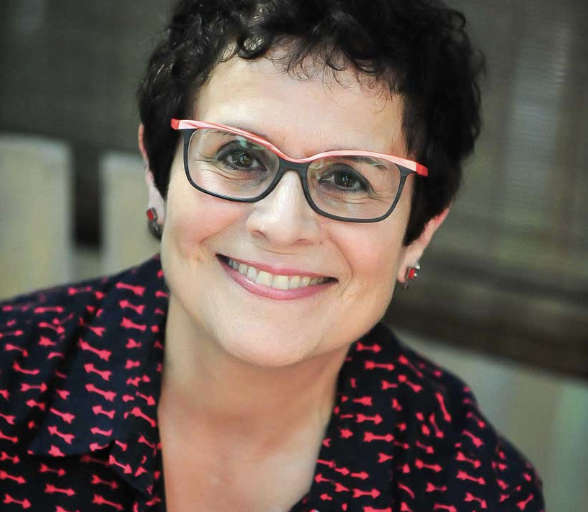 Cynthia Levin is in her 39th season as Producing Artistic Director of the Unicorn Theatre in Kansas City. Over the years she has served as a director, actor, designer or producer for over 300 productions.  At the Unicorn, she recently directed Priscilla Queen Of The Desert (co-directed with Missy Koonce), Eclipsed, Hand to God, Heathers: The Musical (again, with Missy), The Oldest Boy, Women Playing Hamlet (world premiere), Bad Jews, Grounded, Venus in Fur, My Name is Asher Lev, Bloody Bloody Andrew Jackson, The Soul Collector (world premiere), Hungry (world premiere), Red, Two Jews Walk Into A War…, Distracted, Green Whales (world premiere), Miss Witherspoon, My First Time, The Clean House, Mauritius, 9 Parts of Desire, The Great American Trailer Park Musical, Bat Boy: The Musical and additionally the world premieres of rightnextto me (both at the Unicorn and Geva Theatre Center, Rochester, NY), How His Bride Came to Abraham, Light:Damage, Mercy Killing, Innocent Thoughts and Jack and Jill. At Coterie Theatre, she has directed Number the Stars, And Then They Came for Me, Frankenstein, Gatherings in Graveyards (I and II), Valley Song and To Kill A Mockingbird. At the Kennedy Center in Washington, D.C., she directed readings of Occupants, In The Belly Of The Whale, The Friendship Of Her Thighs, The Last Pair Of Earlies, Tigers Be Still and White Devil and Loving Mother for the MFA Playwright’s Workshop. Cynthia is a graduate of Park University which also awarded her an Honorary Doctorate in 2002. She is a founding board member of the National New Play Network, an organization dedicated to the development and production of new works. She has been honored with the Pinnacle Award for Excellence in the Arts and the Human Rights Campaign Equality Award. She shares her home with Zia (the beagle), Dodger (the cat) and the spirit of the big red dog, Sylvia.