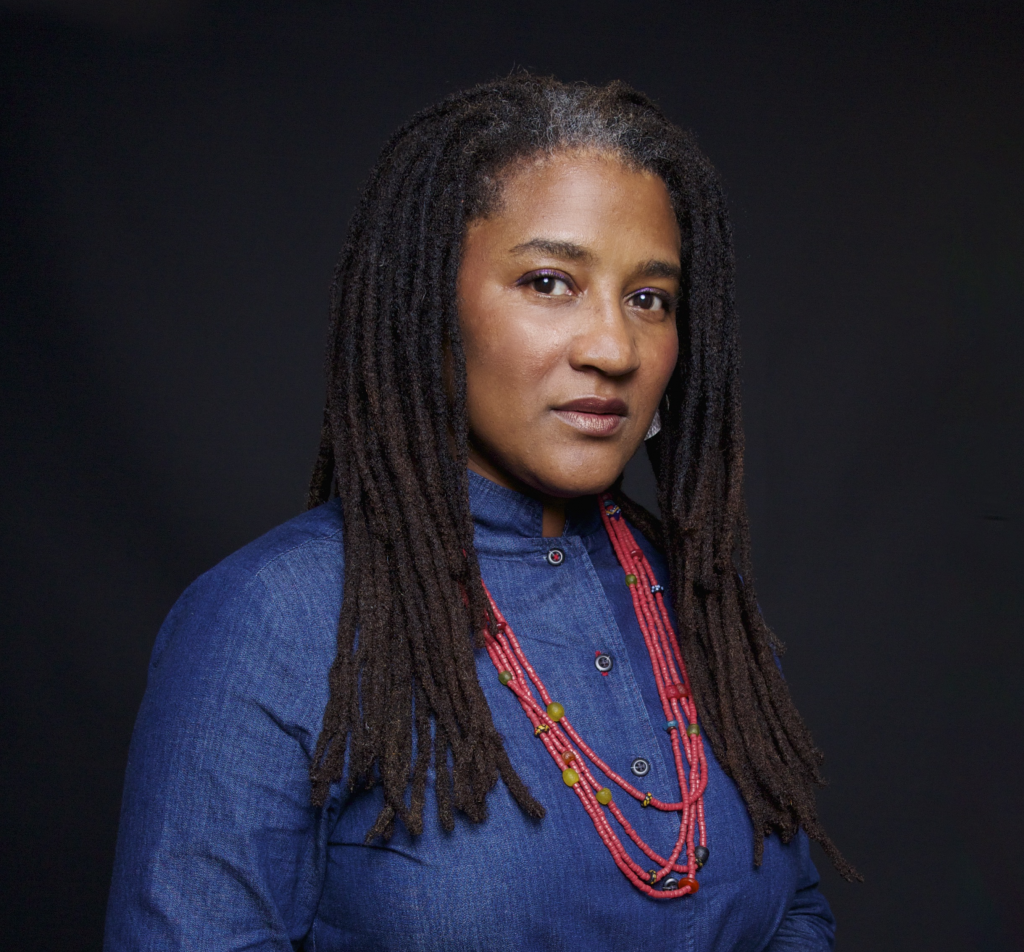 Lynn Nottage (she/her) is the only person to date to have won the Pulitzer Prize for Drama two times. Her Pulitzer Prize-winning plays are Ruined and Sweat, and they are two among scores of  award-winning stories written for theatre, film, and television. Her work has been produced around the world; notable productions have taken place on Broadway, at Lincoln Center Theatre, at the Public Theater, for Oregon Shakespeare Festival, for Sundance Film Festival, and for both HBO and Netflix. In addition to being honored by the Pulitzer Committee, Nottage’s recognitions include honors from the OBIE Awards, the Drama Desk Awards, the Lucille Lortel Awards, the New York Drama Critics’ Circle, the American Theatre Critics, and the Outer Critics Circle. She is the recipient of a MacArthur Genius Grant, the Steinberg Distinguished Playwright Award,  the Nelson A. Rockefeller Award for Creativity, the Dramatists Guild Hull-Warriner Award, the inaugural Horton Foote Prize, a Helen Hayes Award, the Doris Duke Artist Award, and a Joyce Foundation Commission grant, among many other esteemed awards. She is also an Associate Professor in the Theatre Department at Columbia School of the Arts. For a more detailed biography, please visit http://www.lynnnottage.com/about.html.

Most recently, Nottage premiered MJ the Musical, directed by Christopher Wheeldon and featuring the music of Michael Jackson, at the Neil Simon Theater on Broadway, Clyde’s directed by Kate Whoriskey at Second Stage Theater on Broadway and an opera adaptation of her play Intimate Apparel composed by Ricky Ian Gordon and directed by Bart Sher, commissioned by The Met/Lincoln Center Theater.