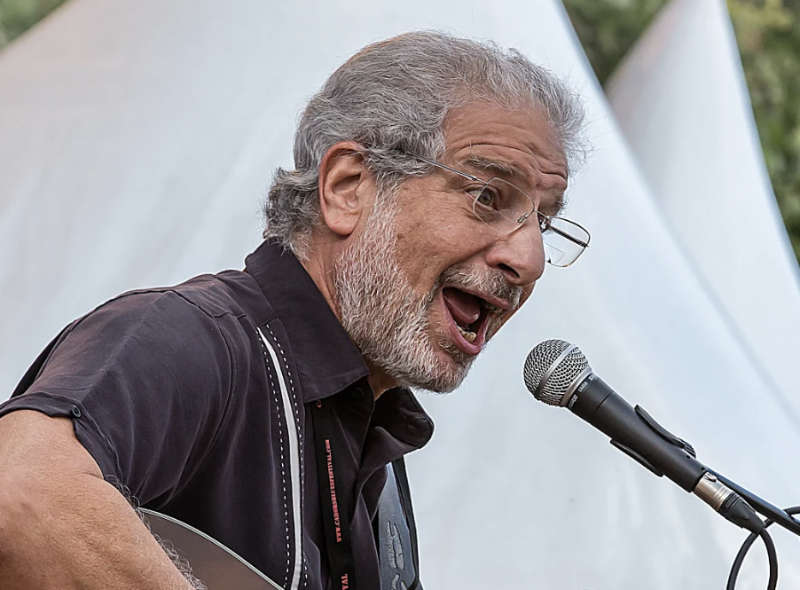 Michael “Hawkeye” Herman  is internationally recognized as one of America’s finest blues musicians, composers/songwriters, and educators. Hawkeye actively tours worldwide performing at music festivals, concert venues, and music/guitar instructional workshops. He is the recipient of the International Blues Foundation’s “Keeping The Blues Alive Award.” Hawkeye was inducted into the Iowa Blues Hall of Fame in 2004, and the Internet Blues Hall of Fame in 2016. He has composed music for numerous successful theatrical productions and film/video documentaries and dramas. Hawkeye is the composer/musical director/musician for the play El Paso Blue by Octavio Solis. He has participated in the production and performance of that play in theatres across the USA since its premier in San Francisco in 1994. In 2000, he received the Theatre Alliance of Greater Philadelphia’s “Barrymore Award for Excellence in Theatre,” (Philadelphia’s version of the Tony Award), for “Best Original Music In A Theatrical Production.”