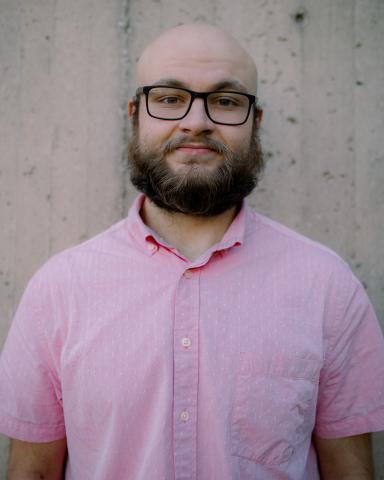 Samuel Huhn (he/him) is an Iowa State University student majoring in Performing Arts. Some formal productions include Anon(ymous) as Mr. Mackus, Corners Grove as George Gibbs. More contemporary shows include Perform the Protest as a speaker and Our Community Carol as Past Ghost. Samuel has experience with directing 10-minute scenes, as well as being a designer. Recent lighting designs include dance numbers for Project Earth: Barjche’ 2022 and one-act plays from ISU’s One Act Play Festival. Samuel aspires to have a career in theater, wanting to make the world a better place. Theater holds such a powerful voice in the world and can be used as a tool to spread so many positive messages. To bring laughter, joy, and art into the world. That is Samuel’s long-term goal. His short-term goal is to get a job, so if you’re hiring do feel free to offer him a job.