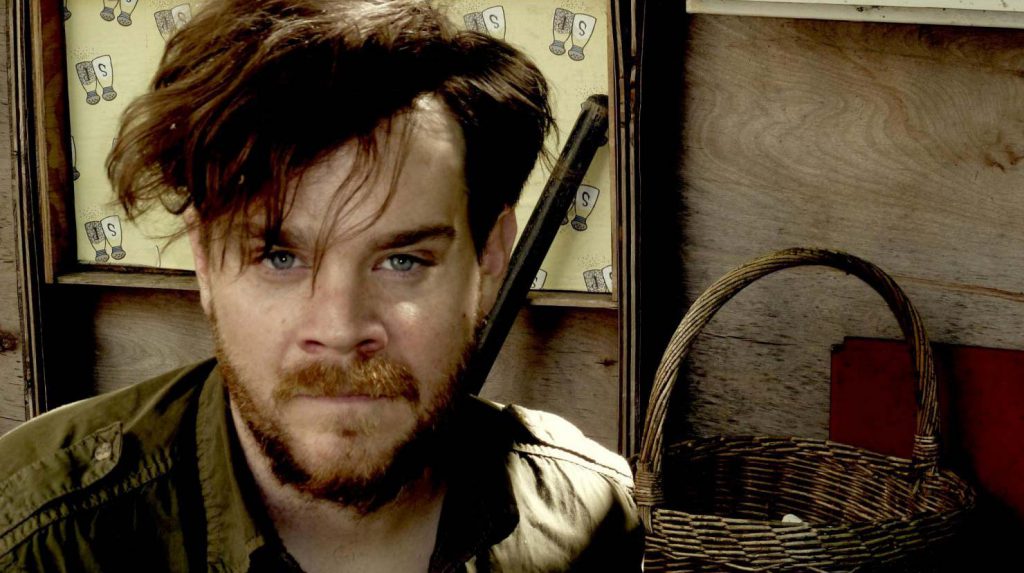 After a year-long hiatus, the Inge Center is thrilled to welcome Tim J. Lord to Kansas as a playwright-in-residence at William Inge’s boyhood home at the end of this month.

The residency hopes to provide the opportunity to develop a playwright’s new plays in the same surroundings that inspired young William Inge to his Pulitzer Prize winning work.

The residency is supported in large part by an ArtsWorks grant from the National Endowment for the Arts, the William Inge Festival Foundation, and Independence Community College.

When Tim isn’t writing, hiking, and taking in the beautiful surroundings of Southeast Kansas, he will be teaching playwriting to a class of high school students at Labette County High, as well as visiting as a guest artist in the theater classrooms at Independence Community College.

Tim J. Lord is the recipient of the inaugural Apothetae-Lark Fellowship for a writer with a disability and a 2017-18 Jerome Fellow at The Playwrights’ Center in Minneapolis. As a native of the Midwest and a member of the disability community he tells stories of people and communities who are often overlooked on our stages and strives to illuminate ignored and underrepresented perspectives.

His play We Declare You a Terrorist examines the 2002 Moscow Theatre Hostage crisis and the ways in which it changes one of the survivors, leading him down a road of dissent and resistance against the burgeoning dictatorship his home is turning into. The play received a finishing commission from Round House Theatre and will be produced in their 2021-22 season.

As the 2019 Reg E. Cathey Writer-in-Residence at the Orchard Project, he began writing The Hard Price which tracks the effects of our two wars in Iraq on two generations of a family over a decade and a half in North Dakota’s oil country. Using the House of Atreus mythology as a model for the play’s Erekson family, it interweaves the ambitions, atmosphere, and urgency of ancient drama into a familiar, contemporary narrative and asks how denying one’s own human weaknesses can become more disabling than a physical disability?

His other big Greek project is a radical re-imagining of the Oedipus story in the form of a trilogy of plays set in contemporary Southern Illinois. Over the course of his Lark fellowship, he wrote and developed the plays Down in the face of God, a post-apocalyptic mashup of The Bacchae and Antigone; and On Every Link a Heart Does Dangle; or, Owed, a riff on Oedipus which pushes the title character offstage, replacing him with a young woman with a serious physical disability who undertakes a difficult quest to discover what’s slowly destroying her hometown. The final play, currently in development, will be I Never Cared for You; or, Lies, which will explore the global refugee crisis via the story of Oedipus’ exiled father.

Other work has been developed and produced at The Public Theater, The Lark, The Kennedy Center, Actors Theatre of Louisville, New Harmony Project, The Playwrights’ Center, Pillsbury House + Theater, Circle Rep, the Summer Play Festival, The Cutout Theatre, The Vagrancy, Barn Arts Collective, and The Working Theater.

Tim studied with Paula Vogel while a resident of Providence, RI, and is a graduate of the MFA Playwriting Program at the University of California, San Diego.

The William Inge Center for the Arts is best known as producer of the annual William Inge Theater Festival, the Official Theater Festival of the State of Kansas. The festival has been on hiatus since March 2020 and will resume regular activities in spring of 2022 when it welcomes Lynn Nottage to Kansas to be celebrated as our annual festival playwright honoree. For more information, e-mail info@ingecenter.org.